Join my newsletter! Be the first to know all the latest Learn More

The other night I dreamed that I opened my freezer and it was full of tiny, green lizards. Some were frozen solid and fell to the floor as soon as I opened the freezer door. Others were still very much alive and leaped from the freezer to go running all around my kitchen. Throughout the dream I kept yelling, “This shouldn’t be happening to me!”

In life we are slammed by things  we think shouldn’t have happened. Our boss shouldn’t have come down hard on us for something beyond our control. Our children shouldn’t have disobeyed us. That rude driver shouldn’t have honked his horn at us for not driving faster. Our brand new car shouldn’t have been scraped in the parking lot three days after we brought it home. The list is endless, and each entry I think of becomes more and more depressing.

And then another list of things that should have never happened to me comes to mind. Like that fact that someone who was as terrible at dating as I was, met a nice guy in college who looked past all my awkwardness and saw someone he wanted to know better. He shouldn’t have been interested in me. But he was anyway. Enough to still be my prince charming thirty-two years later.

Or that even though one of my college professors told me I possessed no writing talent and had no hope of learning this skill, I’ve written books, devotions, plays, and had some of my work published. I’ve won several awards. According to my professor, none of this should have happened to me. But it did anyway.

And lastly, I should never have been worthy of another’s giving his life for mine. But Jesus did it anyway.

How much better would my life be if I spent as much time enjoying the unexpected blessings that came my way as I do lamenting over the bad things?

Life is brutal at times. But the blessings are there as well. As C.S. Lewis said, “When we lose one blessing, another is often most unexpectedly given in its place.”

Perspective matters. What we choose to see is what we receive. Look for those blessings, friends. 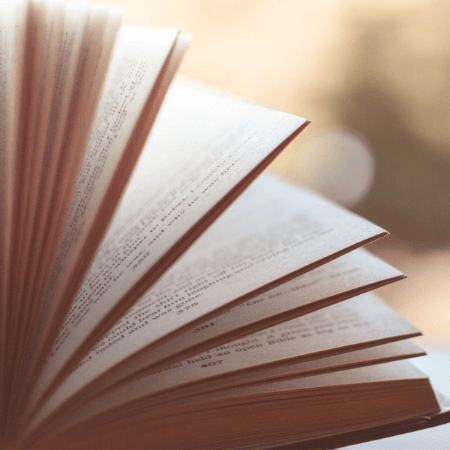 This is fake and has been reported. Such a pain

There is something about this place... #lakeyaleba

My little book baby is on sale on Kindle. Two estr

My current novel-in-progress is set in the 1950's.

A storm's a brewing. #floridawriter #floridalife

This error message is only visible to WordPress admins

There has been a problem with your Instagram Feed.